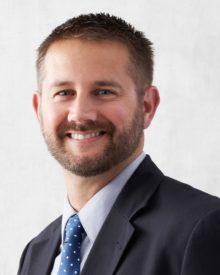 Kris Glunt is the new SPEP™ Project Manager and will be responsible for handling the day-to-day management and administration of the project throughout the state.  In his previous role at EPIS, Kris served as the DDAP Systems Coordinator, where his primary responsibility was to assist the PA Department of Drug and Alcohol Programs in developing a comprehensive needs assessment and planning process to be completed by the Single County Authorities (SCA's).

Kris is a graduate of Lock Haven University with a bachelor’s degree in Criminal Justice.  Kris began his career working as a Probation Officer, supervising a caseload of adult and juvenile offenders. He later transitioned into a role with the Penns Valley Area School District, serving as the district’s Prevention Coordinator and representing the district as a member of the Executive Committee for the Centre County Communities That Care organization. In this position, Kris coordinated and facilitated the implementation of a number of evidence-based Prevention programs, such as, Olweus Bullying, PATHS and Project TND. During this time, he also served as a Project Consultant for the Drug Resistance Strategies Project, where the emphasis was on modifying an existing urban-based substance abuse prevention curriculum and testing its effectiveness when delivered in rural school-districts.

Kris has also served as the Program Coordinator for the Centre County DUI Treatment Court, and has spent some time as a Case Manager in a Federal Correctional facility. It is through these past experiences, working with high-risk, repeat offenders, that reinforces his belief in the importance of the implementation of evidence-based Prevention education.

Stay up to date on funding opportunities, training events, and other important news from EPIS by signing up for our email list.
Click here to join our email list.